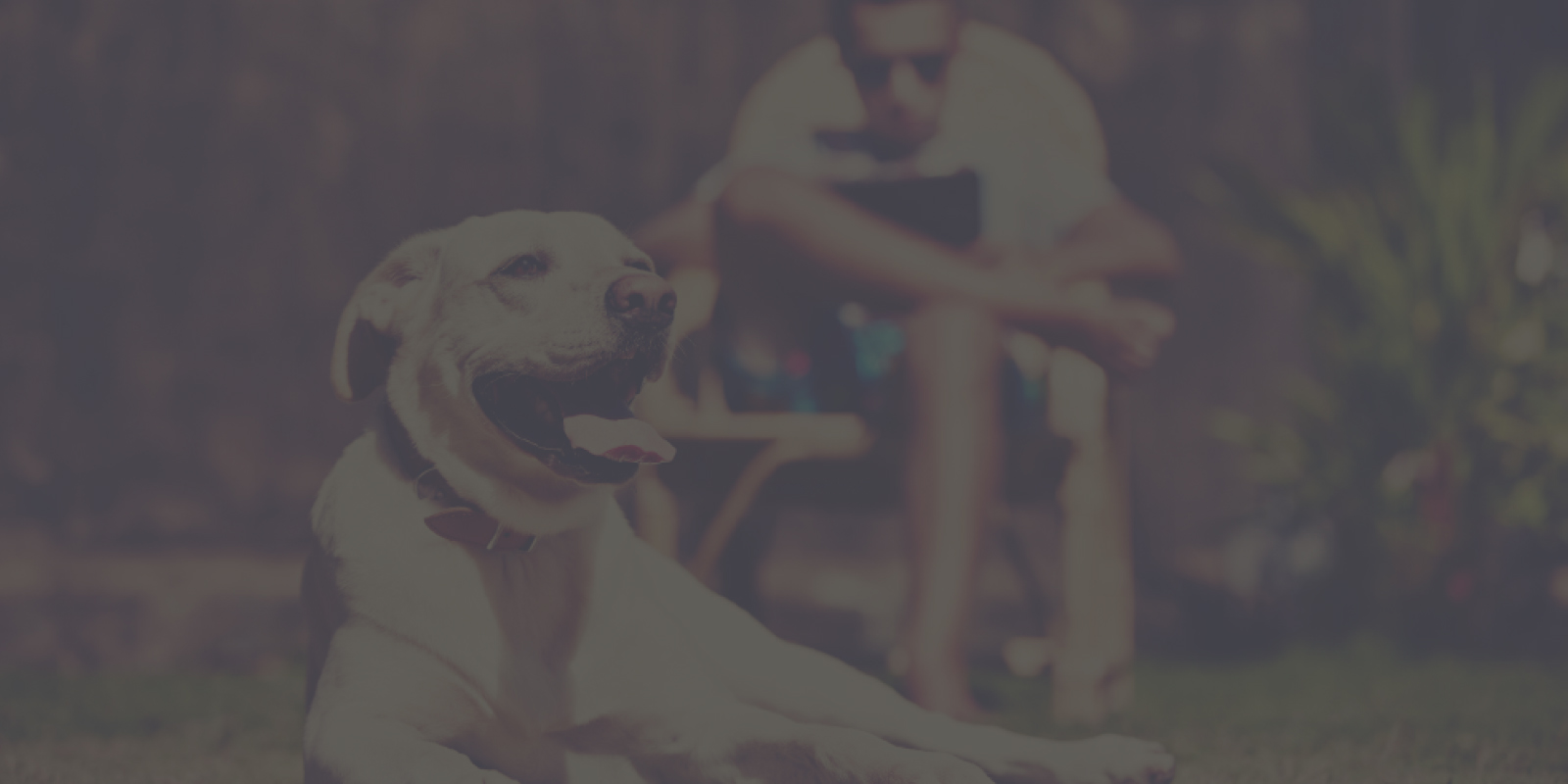 Starting up a business is by no means a simple task ­- especially if you’re fresh out of University.

Not being one to pass up a challenge, this is exactly what I did. Little did I know what I had signed myself up for.

It’s the summer of 2013: I had just finished my university exams and had positioned myself rather comfortably on the couch in front of the TV for, what I presumed would be, the rest of the summer.

A buddy of mine, Brayden, got in touch to see if I’d be interested in joining a start-­up accelerator programme called Digital Futures. As riveting as the TV line-­up was, I decided to give it a crack.

The next day I met Brayden and a few others at the design school campus. I had previously been extremely hesitant to visit this place for fear of being exposed to outrageously vague art pieces hanging from the ceiling. At some point you have to face your fears, however, and today was that day for me.

We sat in the common room and I introduced myself to the others who, as it turned out, I would essentially be living with for the next three months. Each with our own talents, it wasn’t too dissimilar to the assembling of The Avengers.

Having been assigned a client, who had given us several areas of their business where they believed improvements could be made, we did what any reasonable person would do with a large piece of paper and a collection of oversized, rainbow­-coloured markers -­ brainstorm.

The juices were flowing ­ ideas were being flung around, left, right and center. With each idea came the limitless possibilities of how it could be implemented, the thought of how it could change people’s lives; and, obviously, how it would instantly make us billionaires. There was an energy in this room that I had never quite experienced before. I was instantly hooked ­ infected with this disease they call entrepreneurship.

Perhaps, one of the reasons we were able to generate ideas so freely was down to the fact that we were all essentially friends. With this came the ability to express our creativity more freely than we would have with individuals we did not know; fearing that, maybe, they might think an idea was silly or a waste of time. There were no restrictions, no rules and no criticisms within the group.

However, we would soon come to realise that this freedom could, and would, negatively impact the business quite substantially. In some sense, we were too open minded; every idea was a possibility, even if we all honestly knew that it was quite ridiculous. We often found ourselves wasting time discussing these kinds of ideas because we were too afraid to challenge them on the off chance we’d offend someone. We quickly learnt that while all ideas should be shared, honest criticism was needed to keep moving forward.

Days soon passed ­ quickly turning into weeks. An idea had formed and we were ready to turn this idea into something. Tired, excited, nervous, hungry and energetic all at once, we found ourselves in a computer lab, which a piece of paper sellotaped to our door would inform you was our office.

It was decided that an online real estate website, helping private sellers market their homes, would assist in procuring our client more business. We spent a couple weeks validating this idea with consumers; something that gets well and truly hammered into you when you’re starting up a business and it appeared as if we were on to something.

It was from this moment I believe our ‘brand’ was born.

We were young, tech savvy, and involved in a somewhat archaic industry. A sense of change and disruption was afoot. We exuded a certain freshness that stood out from the stench of normality. This was to be our brand; it would become the foundation on which we would build our business and it would affect all our decisions hereafter.

I feel that the aspect of our business which came most naturally following this was the ‘tone’ or ‘personality’, as it mainly reflected that of our own. After having researched our competitors it became abundantly clear just how dull and tedious their methods of communicating were. As a result we ensured that all our messages were to the point and were expressed colloquially.

Conversely, one of the hardest things for us to determine was, as surprising as it may seem, our name. In hindsight, this could have been attributed to our indecisiveness. I now not only understand the importance of knowing what a brand’s name means but how much time and energy actually goes into constructing it. It took us a couple of weeks to settle on a name we liked and many whiteboard brainstorming sessions that invariably ended with our marker running out of ink.

Quite frankly, the processes we used to create a name became somewhat of a farce. The frustration of finding out that a name we had come up with was already taken had finally got to us. We were desperate. Our final name came from a combination of trying to mash our names together, utilising an online random word generator, playing ridiculous word association games (you’ll be surprised what people think of when you say carrot); and, finally, quite literally flipping through a dictionary with our eyes closed and making a stab in the dark.

It worked. We settled on a name ­ Zampt.

This name didn’t have any meaning, it was completely made up. You see, we wanted something which represented that sense of freshness that our brand evoked. Our competitors were all very literal; more often than not being named after the person who founded the business. Zampt stood out from the crowd because it was odd and intriguing. It didn’t have a meaning yet, but we would soon give it one.

Once we had a firm grasp on our brand, we were then presented with the challenge of visualising it in the form of a website. In a world clouded with a plethora of colours, a strong colour theme for our website was key. We didn’t want to spend a ridiculous amount of time discussing this, so we devised a rather ingenious plan. That plan was to, quite simply, see what colours our competitors had chosen and then attempt to avoid those. Again, this would run in line with our brand ­- standing out and exuding freshness.

As luck would have it, my favourite colour, orange, hadn’t been used by any other major real estate agencies. As a secondary colour, orange doesn’t have the harsh extremes of it’s parents, red and yellow, meaning it is rather easy on the eye. Our designer came up with a colour palette consisting of different shades of orange, with a few contrasting greys nestled among them. After that we were away and laughing; the site was beginning to take shape, in all its orange glory.

It was a few days later that I stumbled across some articles on social media strategy for start ups. Contrary to what I believed, a lot of people suggested building a presence online before you’ve even launched. That way, when you do launch, you actually already have people interested in testing it out ­ it made sense. So, a few button clicks later, we had our Facebook and Twitter page setup.

As we hadn’t completed anything at this point, a majority of our social media posts simply recorded our journey as a start up. This online presence was also crucial in validating concepts; and subsequently, made sure that we not only built something that was actually useful to consumers but that they understood that we cared what they had to say. This further strengthened our brand, creating trust among our online audience and resulted in a few, what we liked to call, ‘super-­fans’.

Ensuring a consistent tone online wasn’t particularly difficult either, because our brand was so aligned with our actual personalities and our own voice. In much the same way that people ever so slightly change the way they speak based on who the receiver is, we too allowed our tone to be casual enough to do the same.

Being a creature of habit, one thing that I am not particularly comfortable with is change. Unfortunately for me, this is common in most start­-ups; very rarely do you miraculously get everything right on the first go. While our ideas changed, our brand did not. We carried this through -­ it stood for what we were looking to achieve and, most importantly, it was our point of difference.

We never questioned our brand, or thought that it might be better if we somehow changed it. It just came so naturally to us. Our confidence in it was also reinforced when we went out and

spoke to consumers and potential business partners. They loved the youth and energy we brought into the real estate industry. It was clearly refreshing for them to see something like this.

Finally the last day of the programme arrived. We pitched the idea to our client and gave them a chance to play around with a prototype. To actually have built something and have someone use it, in under three months, was amazing. They liked the idea but, due to unforeseen circumstances (a vague phrase we dread to hear), could not adopt it. So, there we were. By ourselves – ­without the guidance we once had during Digital Futures.

For the next year we would troop on under our own steam. We would find ourselves sitting in the boardrooms of some the biggest real estate agencies in New Zealand one minute and then, lying on the floor of a university study room, not knowing what to do next. We would learn many, many things that would inevitably change the way we think about life in general.

Our journey was to end, however, as we found ourselves running out of resources. For the most part that meant not having a reliable income. We mutually agreed that it was for the best, for the time being at least, to shelve this idea. The time spent, lessons learnt and relationships forged were well worth the intense effort, even though our website did not evolve into the business we visualised. It was quite possibly one of the best experiences I have ever had.